Catching a cold when it is summer

Catching a cold when it is summer 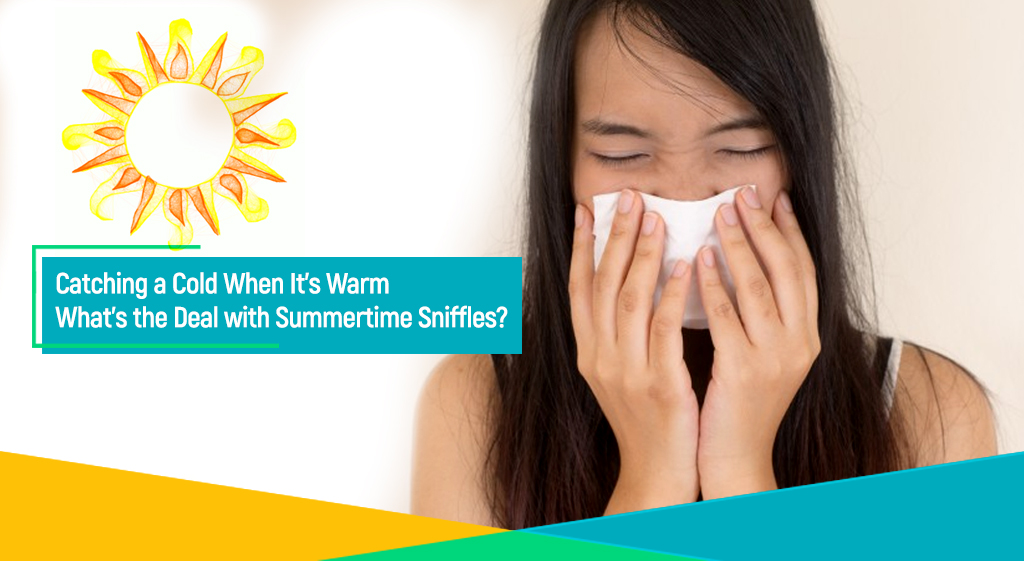 Do you end up blowing your nose, sneezing, and feeling cold during summer? Although some may term it as hayfever, and others may think that it may be something they picked up from the allergies from outside. But the cold that you have in the summer is the same that you had in the month of December. And these colds are not caused by the cold.

How is the summer cold different from allergies?

Although it is tough to figure out whether you have a common cold or if it is just summer allergies that you are suffering with. But it is a must that you know the major differences between cold and allergies.

If you have symptoms that disappeared after a week or so, then you probably have a summer cold. But if the same symptoms last longer than two weeks and they do not go away soon, then it must be the allergies you have to deal with.

Symptoms will change from mild to worse

If you find your symptoms that although would start mild, may turn worse sometimes and then disappear altogether, then it is cold that you are dealing with. The allergies are often persistent and consistent.

Your nasal discharge will be different

If you have a cold, the mucus that comes after blowing your nose will be yellowish or greenish in colour and will be thick. But when it comes to allergies, mucus will be thinner and translucent in nature.

It’s the viruses that cause the colds not the weather. Hence, you can have a cold at any time of the year. But they are more common during the colder months as the virus spreads more easily in cold and dry air. It is believed that your cold symptoms can be because of 200 different viruses. And each of these viruses can bring sneezing, scratchy throat. The summer and winter colds are usually by different viruses, as the summer colds, are caused by enteroviruses. This kind of viruses can infect the tissues of throat, nose, eyes and digestive system.

There is no way of treating a summer cold and it is also not easier as compared to treating the cold that you get in the winter. Although there is no cure for the cold, but you can treat it with over the counter medications and make the symptoms of the cold more bearable. You can also try few home remedies for it.  And if you do not want to prefer any medications, you still have options to relieve your symptoms of the cold.  You can use humidifiers, and saline sprays and these can help you feel better.

Request an appointment at Ravi Hospitals.

Ravi Hospital is a Multi-Speciality Hospital in Kukatpally, Hyderabad with State-of-the-art equipment & instruments and boasting impressive infrastructure comprising Emergency.
About Us